Tensaw is the most cuddly, soft dog you'll ever meet.  He instantly is your best friend.  He's a fastidious guy and loves to run!  We had him before we started dog sledding and running in the team has done this guy wonders.  It's very therapeutic for him, making him a great all around dog!  He's one of those members of the team that just does his job and I hardly ever utter his name without a "good boy" behind it. (And as you can see from the pictures, always the model!)

Tensaw is now 12! (Can't believe it). He's starting to slow down and is no longer on the main race team but he still loves to run. When the team is hooked up he cries and does back flips. He still does training runs with us and races on the slower teams. We're hopeful this season the boys will get into running Isis and Tensaw with their sled.

He is the sire of our main race dogs, the great Saw litter: Buck, Whip, Jig, and Buzz. 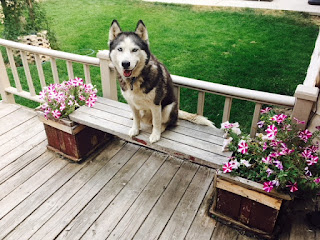 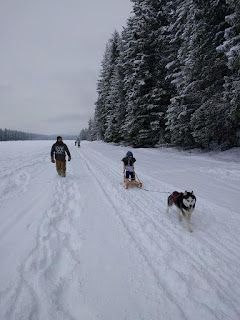 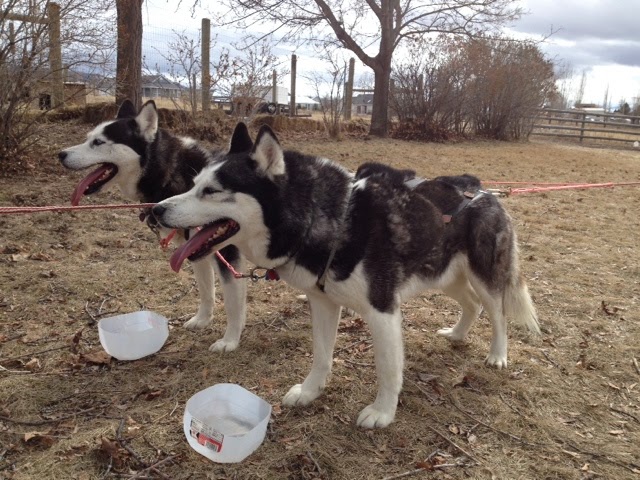 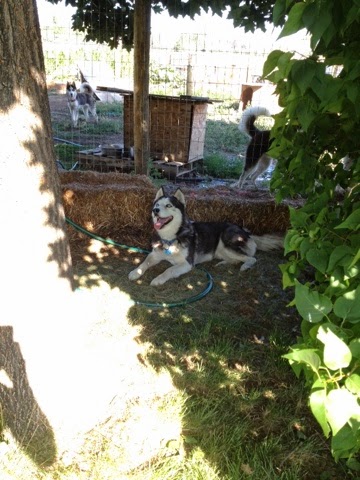 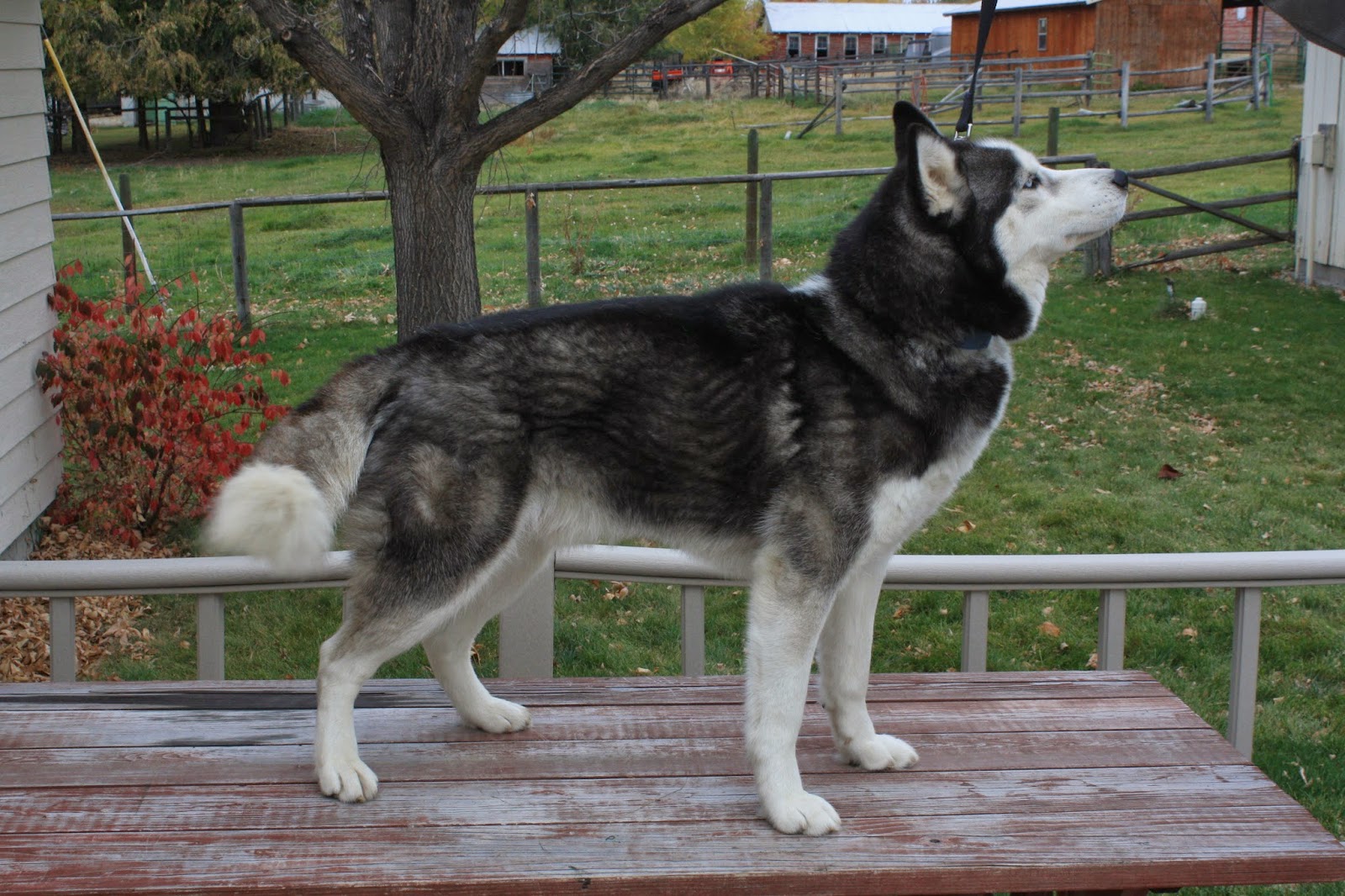 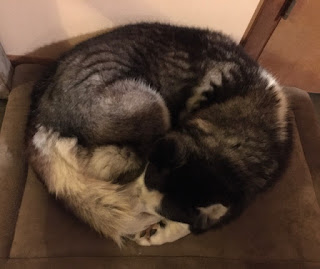